Priest Discovers He Is Not Catholic

Did you see the news story back in August about the young priest in Michigan whose baptism was invalid? Fr. Matthew Hood was watching old home videos from three decades ago, and as he watched his own baptism as an infant, he noticed the presiding deacon said, “We baptize you…” instead of the correct, “I baptize you…”

Fr. Hood mentioned it to his superiors, who told him not to worry about it. But then on August 6th, the Vatican’s Congregation for the Doctrine of the Faith issued a document stating that the baptismal formula cannot be turned into a community act. In other words, using the word “We” rather than “I” makes a baptism invalid. 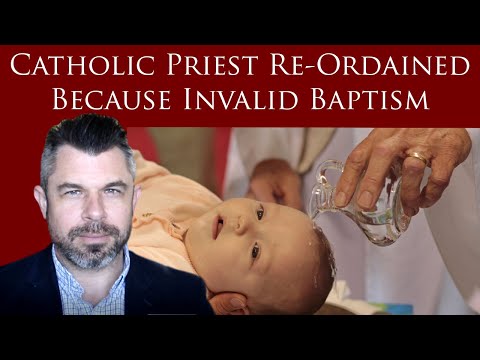 This meant that Fr. Hood was technically not a Catholic, which invalidated all the other sacraments he received, including First Communion, Confirmation, and his ordination to the priesthood. In true domino effect fashion, this meant all the sacraments he had performed in his three years of ministry, especially weddings and Confessions, also were invalid. The 30 couples he married during his priesthood technically are not married. And the countless people who confessed their sins to Fr. Hood technically did not receive absolution.

The Archdiocese of Detroit quickly began the process of trying to contact everyone affected, including the untold number of people who might have been baptized invalidly years ago by the deacon who improperly baptized little Matthew Hood. This man served as a deacon for 13 years. Wow, what a mess! Fr. Hood was quickly baptized, confirmed, and ordained as a priest, so now he is fully and officially authorized to perform priestly duties.

Now, if you’re like most people, your first thought upon hearing this story is, “Wait a minute. If everyone involved sincerely thought it was a valid baptism, God surely doesn’t mind. I mean, do we focus on the letter of the law or the spirit of the law?” 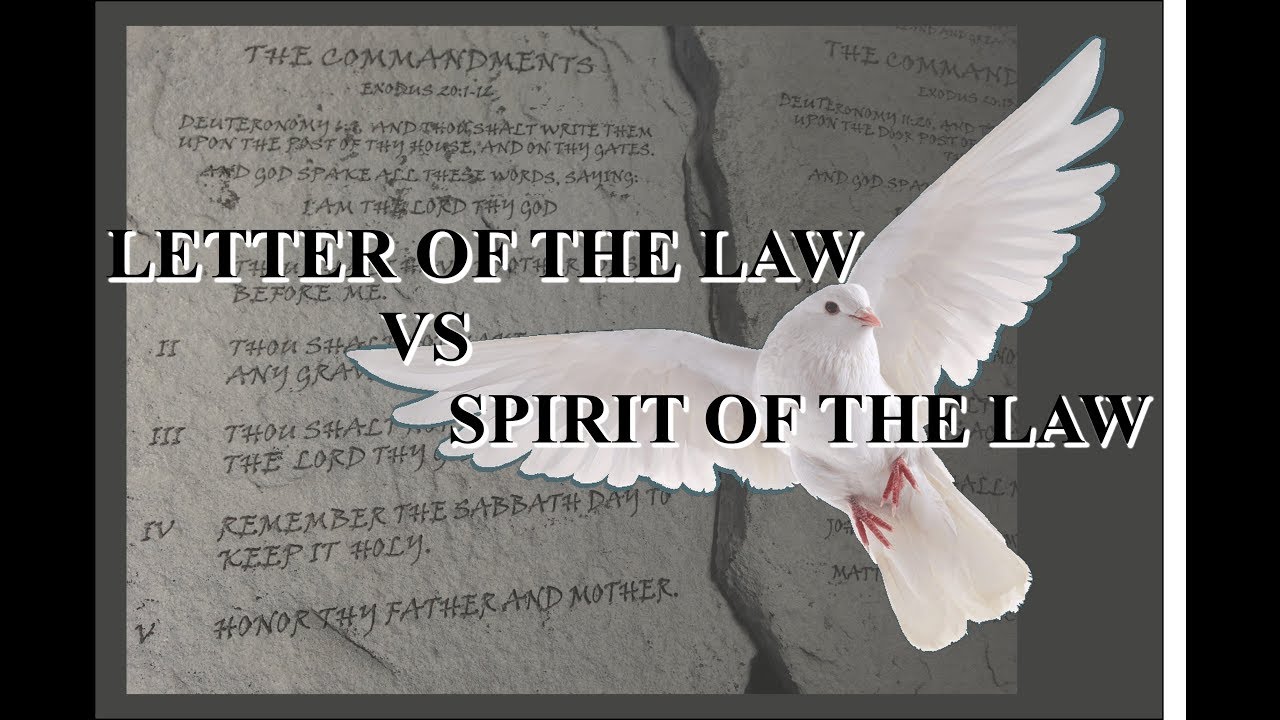 Just imagine if someone confessed a mortal sin to Fr. Hood during Confession a couple of years ago. This person thought he was truly forgiven, and then soon afterward he died. When his soul stood before the throne of God, did the Lord say to him, “Gee whiz, Bob, you know what? That confession wasn’t valid. So, you didn’t receive any sanctifying grace and that sin wasn’t forgiven. Too bad, but rules are rules. Sorry, but you have to spend eternity in Hell. See ya.”

In the wake of this bizarre situation, some people actually have commented that a person like our fictitious Bob is out of luck. If the absolution offered by Fr. Hood was not valid, then the mortal sin was not forgiven, and no matter how sincerely Bob wanted to confess, repent, and change his life, he was cast into Hell. All on a technicality.

Frankly, if that’s the way God does things, I’m not sure I want to keep worshipping Him.

We focus on the letter of the law because the Word of God is important. Jesus instituted the seven sacraments, and the Church has determined the proper rules and regulations, rubrics and rituals, required to perform the sacraments properly.

These rules are not used because the Church wants to emulate the nit-picky Pharisees. They are used for the simple reason that if every presiding minister at a sacrament is allowed to put his own personal “spin” on the ceremony, over the course of 2,000 years all the rituals would become unrecognizable. People in Boston would be doing baptisms with clam chowder. People in Georgia would be doing the Eucharist with cornbread. And out in California, well, who knows how they would’ve modified the sacraments? The ceremonies probably would include surf boards and hang-gliders.

However, as we know, God is loving and merciful. He wants our hearts. He wants us to enter into a loving and trusting relationship with Him. If everyone involved in a particular sacrament sincerely thought he was doing it correctly, do you think God would withhold His sanctifying grace on a technicality? Does that sound like the God we worship?

If there actually was a “Bob” who sincerely confessed mortal sin to Fr. Hood and then soon after died, we can be sure the sin was forgiven, and Bob did not get cast into Hell because of some ridiculous clerical error.

The Lord God Almighty is all loving and caring. But we still should do the sacraments properly.
Posted by Bill Dunn at 5:43 AM