Are We ‘Childlike’ or ‘Childish’?

In the Bible, Jesus told his followers that they must be “childlike.” He called a child over and said, “Amen, I say to you, unless you turn and become like children, you will not enter into the kingdom of heaven. Whoever humbles himself like this child is the greatest in the kingdom of heaven” (Matthew 18:3-4).

However, in his first letter to the Corinthians, St. Paul said believers must stop being “childish.” He explained, “When I was a child, I used to talk as a child, think as a child, reason as a child; when I became a man, I put aside childish things” (1 Corinthians 13:11).

Well, when it comes to displaying the attributes of a child, they are both correct. You see, there is a huge difference between childlike and childish.

When Jesus tells us to be childlike, He recalls the aspects of youth that are innocent and pure: unquestioned trust in loving parents; amazement and joy over the wonders of the world; and excited anticipation about the next adventure just around the corner.

Compare this to the mindset of many world-weary adults. A lot of folks these days have an unwillingness or even an inability to trust anyone, mostly because they’ve been disappointed and hurt so often. They also go though life with a resigned boredom and ennui, convinced that life is a tedious chore to be endured rather than an exciting adventure to be cherished.

When Jesus calls us to be childlike, He is telling us to stop being such bitter and cynical and untrusting adults. He is telling us that the mercy and love and parental protections offered to us by our heavenly Father are so amazing, we should never be fearful and jaded about life. The goodness of God far outweighs any problems we encounter here on earth.

St. Paul, on the other hand, criticizes being childish. This is not the wide-eyed joyful wonder of being childlike, but rather the immature and self-centered behavior of a spoiled brat. Let’s be honest, how do most very young children act? They yell when they want something; they cry when they have the slightest discomfort; and they try to grab whatever they can get their hands on, automatically assuming it belongs to them. We expect this behavior from toddlers because they’re too young to understand. But when people who are adults act this way, it’s not nearly as cute. It is instead awful behavior.

This self-centered attitude comes naturally to all human beings, especially when we’re young. As children get older, if they are not trained by their parents to behave with more maturity, they will pout and throw tantrums whenever they do not get what they desire. 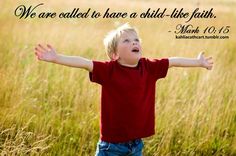 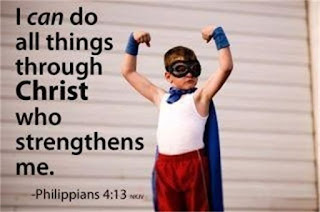 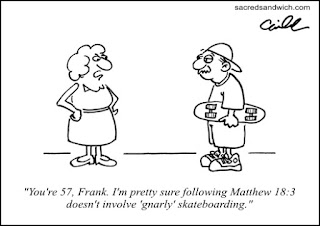