The school district in Edina, Minn., has hired a consulting firm at a cost of $30,000. This is not unusual, as many consultants are hired all the time to offer their expertise on various subjects. However, the firm hired by the Minnesota school district describes itself as a “Recess Consultant.”

Wait. What?! The school system spent 30 grand for expert advice about the subject of … recess? Holy moly! The company is called Playworks, and to quote the news story, they explain that “recess can be more inclusive and beneficial to children if it’s more structured and if phrases like, ‘Hey, you’re out!’ are replaced with ‘good job’ or ‘nice try.’”

Oh my. You’ve probably heard of the term “helicopter parents,” which describes parents who “hover” over their kids constantly, and won’t let them do anything on their own. Well, there’s another term I recently heard: Generation Wuss. It was used to describe the fragile snowflakes attending college nowadays who have a melt-down whenever they face adversity, such as hearing an idea they do not agree with.

Based on what’s happening in elementary schools in Minnesota (and no doubt this will spread across the country), it look like the next generation of college students will be just as wussified, if not more so.


Man, if our country ever experiences a major crisis, such as a military invasion by a foreign power or the loss of the electric grid, I’d rather be in a foxhole with a gimpy geezer with a shotgun than with a 23-year-old strapping young momma’s boy, who probably will spend the whole time whining that he can’t find a wifi signal. 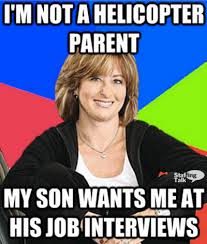 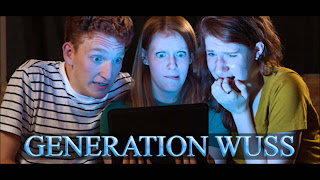