During the Great Depression, President Franklin Roosevelt famously said, “The only thing we have to fear is fear itself.”

I guess that’s called phobophobia, the fear of fear, right? FDR should’ve said, “The only thing we have to fear is fear itself ... and spiders.”

There are plenty of things we have to fear these days, such as:
Well, anyway, there are a lot of fearful things and situations we encounter in our lives. And unlike my list, some are quite serious, like illness and injury, violence and death.

Historians explain that FDR was trying to calm a worried and anxious nation, even though his “fear itself” statement was somewhat nonsensical. After all, people’s fears are directed toward specific things — illness, poverty, hunger, loneliness, rejection, humiliation, physical danger, etc. — not the vague concept of fear itself. People rarely fear fear. Instead, they fear homelessness. They fear getting punched in the face. They fear cancer. It was FDR’s confident and optimistic attitude as he spoke those words that encouraged folks, rather than the words themselves.

The greatest man of the 20th century, Pope Saint John Paul the Great, constantly offered another proclamation about fear. Quoting Scripture, the pope frequently said, “Be not afraid.” 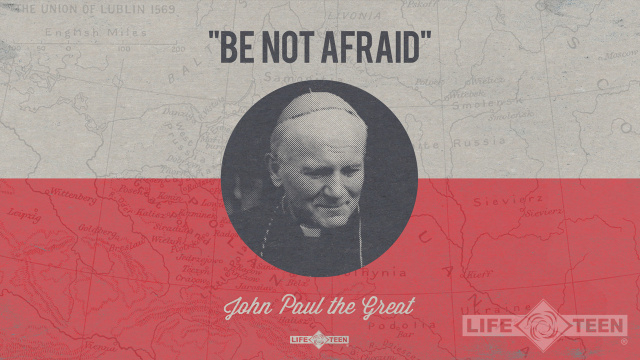 The pope’s statement also seems to be a bit nonsensical at first glance. As we all know, life is hard, and the world is filled with danger and uncertainty. Telling people to “be not afraid,” when there are so many risks and tragedies in life, seems like a pollyannish platitude.

However, when we understand the pope’s perspective, we realize that his statement makes perfect sense. You see, the pope was looking at life from a heavenly point of view. If our brief lifetime here on earth is all we have, which means the only logical goal of life is to maximize our comfort and longevity, then yes, there are plenty of things to fear. But if God is real and if the possibility of eternal life in Heaven is true, then there really is nothing to fear in this life — as long as we accept God’s offer of forgiveness and eternal life.

Pope John Paul’s message was simple: the Creator of the Universe knows each of us by name and loves us with a passion we can’t even comprehend. And despite all the trials and tribulations of life, our loving God will never abandon us. No matter how terrible things are in this world, the Almighty Lord will make it right. No matter how much pain we experience now, God will bring us comfort, soon and for all eternity.

If we truly know that the Lord has dominion over all the earth, and that He will never leave us or forsake us, then many of our usual fears can melt away, even the fear of clowns and algebra and public speaking.

We can take to heart the words of Saint Pope John Paul the Great: “Be not afraid.” Unless you see a spider. 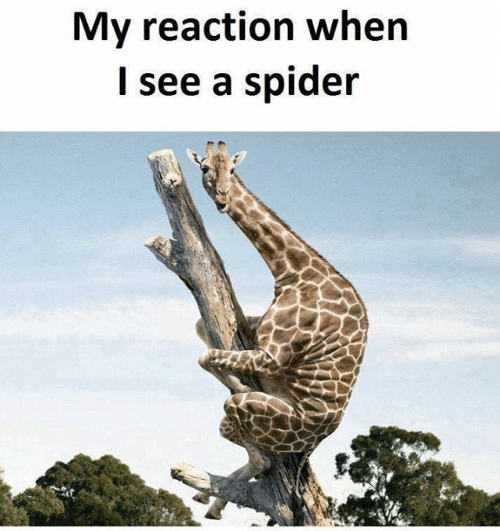