Pentecost: One Body, Many Parts

This Sunday we celebrate the feast of Pentecost, the official birthday of the Church. Fifty days after Jesus’ Resurrection, the Holy Spirit descended upon the disciples, giving them the power and the courage to preach the Good News to all the world.

Before they received the Spirit, the disciples were timid and fearful, hiding behind locked doors, scared to death that the authorities would come and arrest them, too. Now don’t forget, at that point in time, they knew Jesus had risen from the dead. They knew something supernatural and spectacular was going on. And yet, they were still paralyzed with fright.

But at Pentecost the Spirit transformed them into fearless and powerful witnesses of the Gospel. Overnight they changed from Barney Fife into General Patton. In the blink of an eye, they went from wimps to warriors, from chickens to champions. 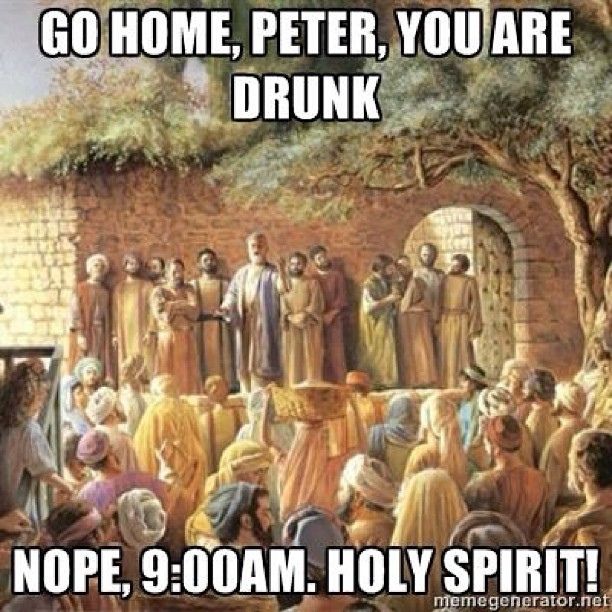 A lot of folks mistakenly think that only a few specially-chosen people can be filled with the Spirit and do great deeds for the Kingdom of God. However, the fact of the matter is, EVERYONE has a special gift and is called to use it to promote the Gospel. The job of promoting the Kingdom of God is not just for special people, such as Mother Teresa, St. John Paul II, or Bishop Fulton Sheen.

This important job is for everybody.

The Holy Spirit empowers believers to do God’s will. But the Spirit gives different gifts to different people. Some, like St. John Paul II, were blessed with the talent, tenacity, and tenderness to draw millions of people into a closer relationship with Jesus. Others, like my ol’ pal Mickey Blarney, are only able to offer a friendly greeting to the despairing stranger who decides to attend church for the first time in years.

One was an international celebrity, who was well on his way to sainthood ever before he died. The other is a complete unknown. In God’s eyes they are equal, since they are each using the particular gift given to them by the Spirit. 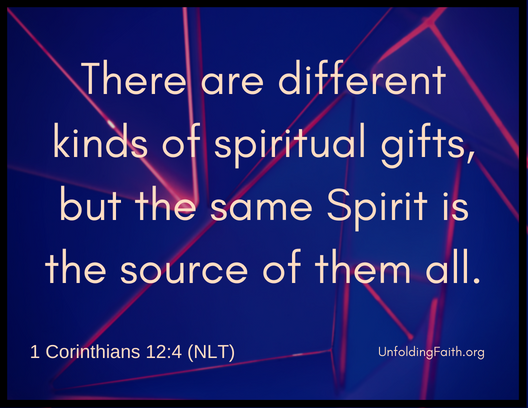 In God’s eyes, if a Mickey Blarney is only capable of making strangers feel welcome with his friendly greeting, and consistently does it each Sunday at church, then he is more successful than other people who possess great preaching or teaching talent but who only use it occasionally.

Within the body of Christ, some members are more celebrated and noticeable. You see them quite often on TV or the internet, proclaiming their message and being interviewed. They sell a ton of books and DVDs. After they’re gone, people invest countless hours lobbying for their sainthood (which probably horrifies them up in Heaven, modesty being a key component of saintliness).

Now, don’t get me wrong. If these talented and successful people focus their message on the historic truths of the Gospel, then their activities are a good thing. They are doing what God called them to do.

But the fact is, the vast majority of Jesus’ followers have to toil in anonymity. All the unknown Mickey Blarneys in our world will never sell any books or DVDs. They’ll never be the founders of prestigious religious institutes. They’ll never have future generations demand that they be canonized as saints. And you know what? It doesn’t matter. All that counts is that each member of the Body of Christ does what God has called him or her to do, while using the gifts and talents given by the Holy Spirit.

All of us who will never be noticed outside of our families and our local parishes have a mission just as critical to Christendom as that of the Pope or Mother Teresa or any of the other Catholic media superstars. After all, we’ve each been given a unique, personal gift by the Holy Spirit. Now, it’s our job to go out and use it.