Mass the Same Wherever You Are

Earlier this month, as I watched the funeral Mass for Pope Benedict on TV, it occurred to me that no matter how different the location or the setting, the Catholic Mass is essentially the same. It’s a good reminder that our faith is universal.

If you saw the funeral Mass at the Vatican, it was quite an impressive liturgy (and that reportedly was a “toned down” ceremony, compared to what it could’ve been!). By the way, a quick comment on Pope Benedict XVI: During this past Advent, I attended a series of meetings at my parish where we studied Pope Benedict’s little book titled, “Jesus of Nazareth: the Infancy Narratives.” It was a wonderful way to prepare for Christmas, and it was a good reminder, if we didn’t already know, that the pope was a brilliant scholar and theologian. You could not read the book quickly, like a novel. After every page, you had to stop and ponder the deep spiritual concepts the pope explored. I realize that a lot of people, especially in the secular media, have gone out of their way to criticize Pope Benedict, but he really was one of the all-time good guys of our faith. 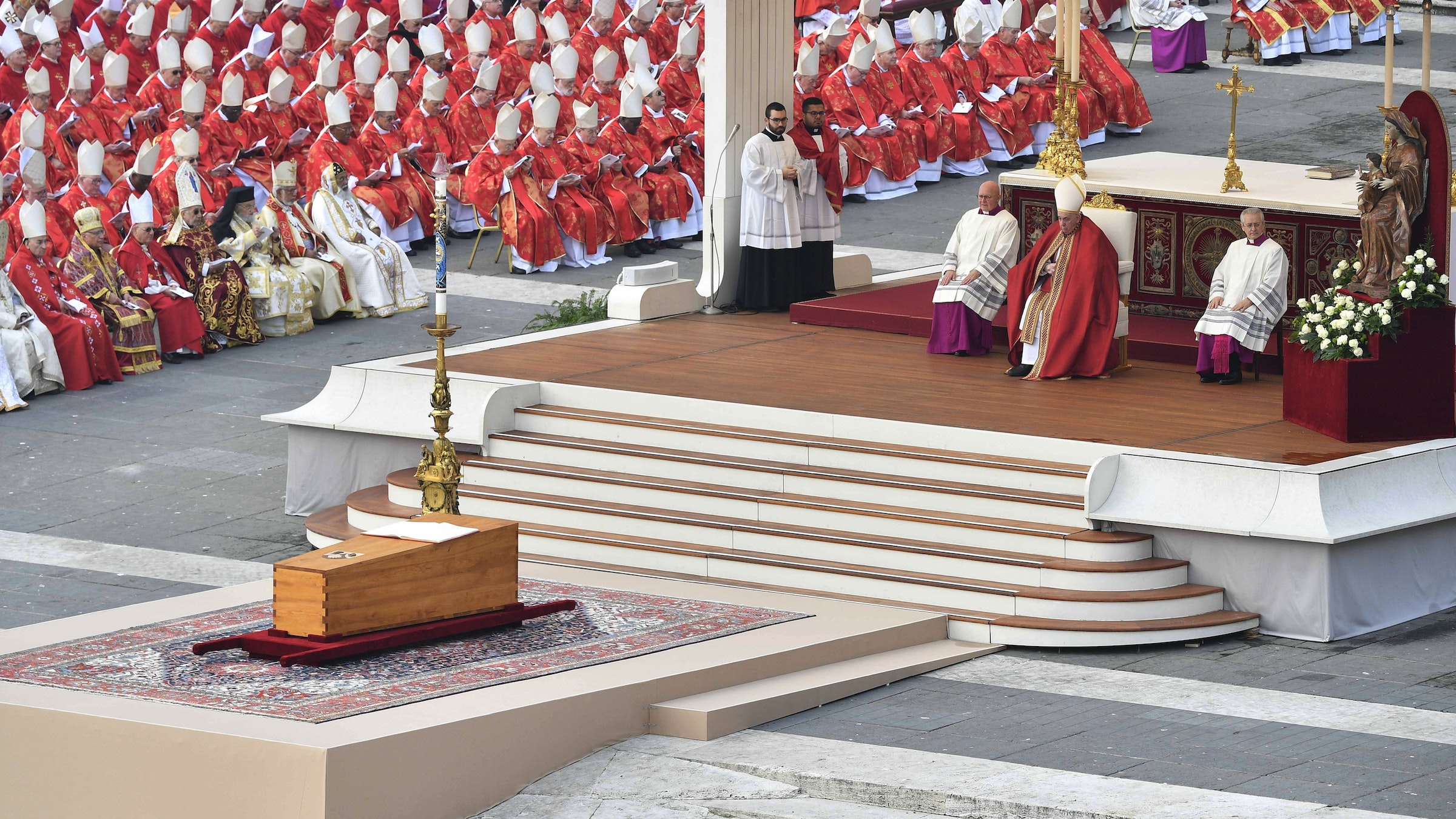 Anyway, the pope’s funeral Mass was an atypical, grand production. But at its heart, it was still a Mass, just like any other Mass we attend. Over the years I’ve been blessed to attend Mass in many different places. My wife and I traveled to Europe twice, and so we went to Mass in Vienna, Austria, and Padua, Italy.

Because of business trips, I’ve been able to go to Mass in Toronto, Chicago, Kansas City, Orlando, and Las Vegas. And closer to home, I’ve been to Mass in Boston, Providence, New York City, and of course many communities in my home state of Connecticut.

No matter how different the churches are — and trust me, majestic St. Stephen’s Cathedral in Vienna is quite different compared to tiny St. Romuald’s Chapel in Matunuck, Rhode Island — the Mass is the Mass. And that fact is such a wonderful blessing. No matter the local customs or language, the Mass follows the same basic format. 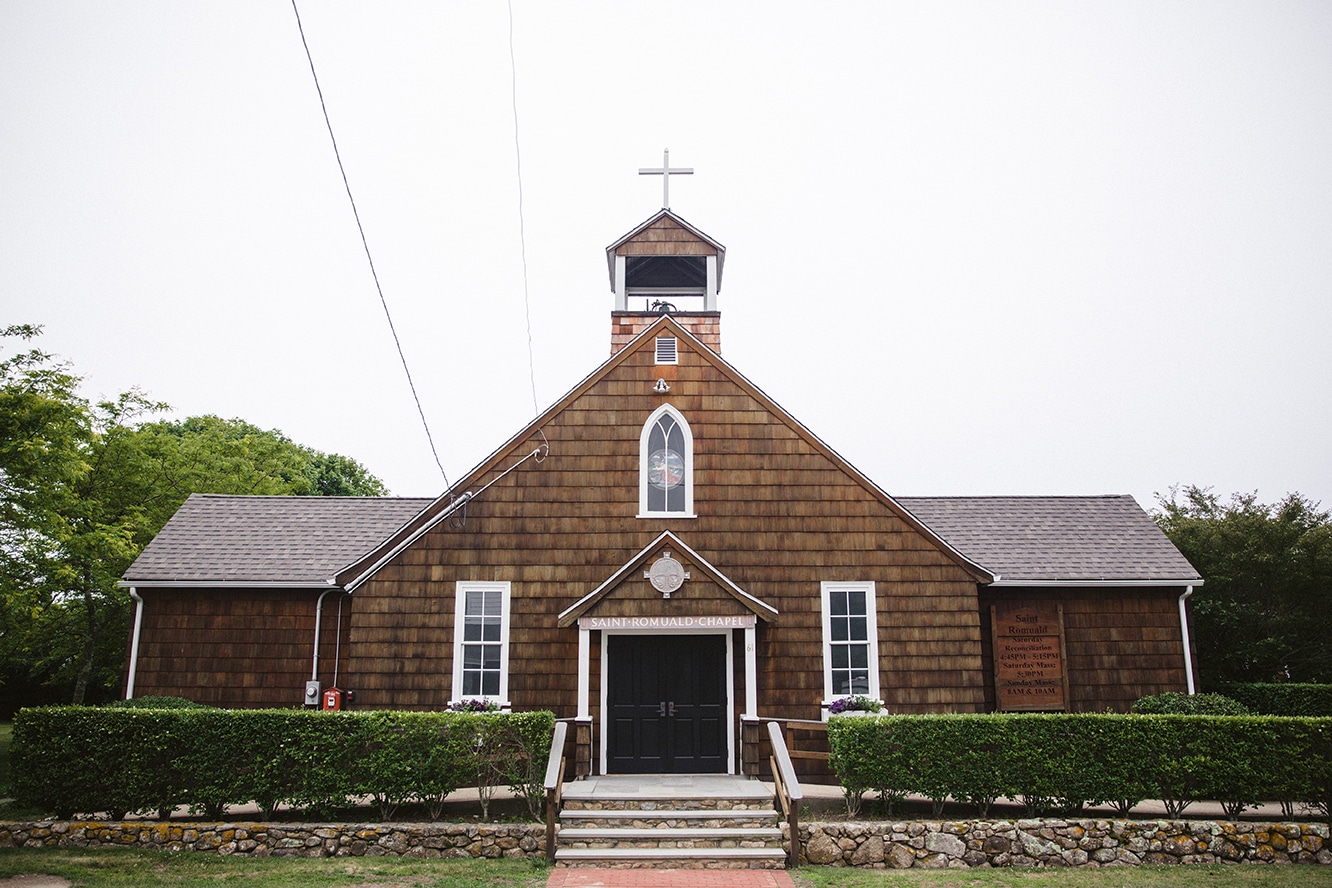 When we went to Mass at St. Stephen’s Cathedral in Vienna many years ago, the Mass was said in German. I don’t understand a word of German (except for a few phrases I picked up while watching “Hogan’s Heroes” as a kid), but it didn’t matter. I knew exactly what was happening during each part of the Mass. And when the priest offered the prayers of Consecration — in German — at that moment the bread and wine were transformed into the true body and blood, soul and divinity, of Jesus Christ, exactly as it happens in, say, Hartford or Waterbury or Torrington.

So, no matter where you attend Mass, in any part of the world, it is essentially the same. We have this amazing geographical connection spanning the entire globe. But not only do we have a vast geographical connection to the Mass, we also have a remarkable time connection. You see, the Mass we celebrate today is surprisingly similar to the liturgy that was celebrated by Catholics 2,000 years ago.

Many aspects of the Mass have evolved over the centuries, of course. For example, I’m pretty sure the church that St. Paul founded in Ephesus did not have Bose speakers hanging from the wall, nor could parishioners watch the Mass at home over the Internet (mostly because the wifi service was lousy back then). But the two primary parts of the Mass, the liturgy of the Word and the liturgy of the Eucharist, were present from the very start of Christianity. 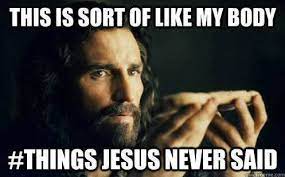 If you didn’t get a chance to watch the funeral Mass for Pope Benedict, I’m sure you can find a recording of it online. It was rather unique. After all, how many times does a sitting pope preside over the funeral Mass of the previous pope? Despite the unprecedented aspects of this particular liturgy, it was at its heart the same Mass we experience every Sunday.

We should thank God for the Mass. It is the sacred liturgy that transcends time and space. It allows us to create spiritual bonds with believers in other parts of the world and throughout time. The Mass is a great gift and we should embrace it as often as possible.