At my age (“three score minus two,” as Abe Lincoln might say), I’ve noticed that a lot of the guys I went to school with are starting to retire. I don’t mean “retire” in the sense that they got laid off when the big corporations they worked for downsized them out the door (or as Abe Lincoln might say, “Dumped the chumps approaching the age of three-score”). Nowadays, these fellas spend their weekdays going to job interviews, where they beg young smart-alecks to hire them, and then they spend their weekends at Home Depot earning a part-time paycheck, where they beg other young smart-alecks to explain the stupid computer system one more time. No, I’m not talking about these guys when I say “retire.”

The folks my age to whom I refer are the ones who actually retire on purpose. These are the select few who were smart enough 30 years ago to get a job with an organization that offers a “magic pension,” something the vast majority of us can only dream about. A “magic pension,” by the way, is one that pays a set amount each month (plus annual cost of living increases) for the rest of the pensioner’s life — even if he lives to be 120 years old. It’s called “magic” because the funds flow from a fiscal fountain that never runs dry. So when I say these folks were smart enough to get a job with a particular organization, the organization, of course, is the government. These guys are civil servants.

Now, you may get the impression from what I’ve written so far that I am jealous of state employees who are still in their 50’s and who can retire with full pensions for life, while private sector dummies like me have to work until age 80 in order to have enough money for retirement. (And we have to make sure we die at 83 or else the money runs out.)

I’m not jealous of these guys. In fact, I feel sorry for them. Think about it: here they are, in the prime of middle-age, with lots of experience, lots of knowledge, and enough energy to work the standard 50-hour week. (Oops, I forgot, they’re staties. I mean 35-hour week.) And what do they do instead? They sleep late. They play golf. They nap. They go out to dinner each night. They watch TV whenever they want. And sometimes they go on vacation — but how can you even tell? What a sad existence. And they’re stuck in this same boring routine for the next 25 years or more.

These poor schmoes are missing out on the really challenging and fulfilling aspects of life, for example: the thrill of juggling six phone calls at the same time from irate customers, who are preventing you from making six outgoing phone calls to other customers who haven’t paid an invoice since February, in the hope that you might collect enough money in the next 24 hours to meet payroll this week. Now, that’s entertainment! That is nothing like the boring retirement life of golf, Judge Judy, watering the petunias, and ordering the early bird special.

The non-retired life, my life, is a life filled with purpose. It’s a life where you are needed. It’s a life where other people really depend on you — to the point where they won’t hesitate to give you a mouthful of bloody Chiclets and slash your tires if their paychecks bounce.


So, being only “three score minus two,” I’ve got at least “one score and two” years to go before I can retire. And I wouldn’t have it any other way (mostly because I can’t). 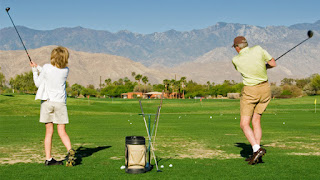