What is a ‘Practicing Catholic’?

On a busy New York City street, a man approached a stranger and asked, “Excuse me, how do you get to Carnegie Hall?” The other man solemnly replied, “Practice, practice, practice.”

Practice is an interesting word. One definition is: “repeated performance or systematic exercise for the purpose of acquiring skill or proficiency.” This is why we have soccer practice, baseball practice, and choir practice (although no amount of choir practice will get yours truly to Carnegie Hall, unless I buy a ticket).

But there’s another definition of the word practice: “the exercise or pursuit of a profession or occupation, especially law or medicine.” With this definition, we assume the person already has skill and proficiency, for example, when we say someone is practicing medicine. Although it’s fun to purposely mix up the two definitions. “My son is a doctor, and he practices medicine.” “Well, he’d better practice some more before he actually touches anyone.”

We hear the term “practicing Catholic” quite often. But what exactly does it mean to be a “practicing Catholic”? Is it the first definition, where we engage in repeated and systematic exercise for the purpose of becoming more proficient? Or is it the second definition, where we already have specific skills and we utilize those skills on a regular basis?

I propose that both definitions are correct. If we are Catholic, we already possess something very special: baptism and the forgiveness of sins; the other sacraments, especially Confession and the Eucharist; the knowledge of the deposit of faith and the full Gospel of Jesus Christ; and the opportunity to partake of the sacred liturgies. So in a sense, Catholics have opened up a practice in order to pursue a profession, the profession of faith. However, I’m pretty sure if you hang a shingle by your door that reads: “John McGillicuddy P.C.” (which stands for Practicing Catholic), people probably will be confused.

On the other hand, Catholicism is like a muscle: you have to exercise it for it to become stronger. We are practicing Catholics in the sense that we have to practice, practice, practice to get to Carnegie Hall — or I should say, to Heaven.

Catholicism is a life-long journey, and quite often it’s a life-long struggle. As C.S. Lewis explained in his classic book Mere Christianity: “Enemy-occupied territory—that is what this world is. Christianity is the story of how the rightful king has landed, you might say landed in disguise, and is calling us to take part in a great campaign of sabotage.”

The Prince of Darkness and his followers are pretty much calling the shots nowadays in this sinful world (I mean, really! Just watch the news for 10 minutes.) Those of us who instead choose to follow the rightful king, Jesus the Lord, are engaged in guerilla warfare, a great battle between good and evil. That is why Catholics here on earth are said to be members of the Church Militant, because life on this side of eternity is anything but peaceful and serene. We are at war, a war against sin and death, evil and despair.

In order to be effective warriors, we need to practice, and practice a lot. That’s why the Church encourages us to pray and read the Scriptures daily. That’s why she requires us to attend Mass weekly and partake of the sacraments frequently.

We Catholics are professionals engaged in the practice of faith, while at the same time we are mere novices who need to practice our faith on a regular basis in order to get better at it.


Jesus told us to “be perfect, as my Heavenly Father is perfect.” Well, practice makes perfect. So we’ve got a lot of work ahead of us, don’t we? 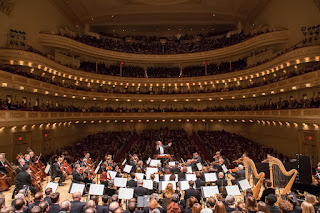