For quite a while now we’ve been told that gay people are born that way and it’s impossible to change a person’s sexual orientation. To put a religious spin on it, we also are told that God doesn’t make mistakes, so if anyone says gay behavior is wrong then he is actually going against God who made gays that way.


I heard a term recently: “Polite fictions.” Our culture is teeming nowadays with polite fictions. Everybody smiles and says, “How nice,” all-the-while ignoring reality. And logic and reason are completely ignored too, such as the “God doesn’t make mistakes—except when He does” contradiction, and the “he fathered four children, but he’s really a woman” nonsense. I believe Pope Benedict called this the “tyranny of relativism,” the abandonment of truth, when feelings trump facts and emotions are more important than evidence. In this day and age the only thing that’s wrong is to claim that something is wrong. We venture down this path at our peril. 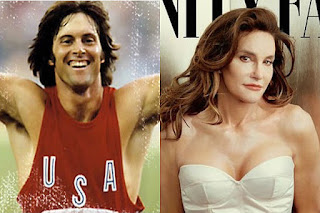