AARP Advice Is a Stroke of Genius

A few months ago, I mentioned that my email inbox gets clogged with messages from AARP (the American Association of Rickety Persons). I realize AARP is just trying to do what every altruistic, non-profit organization tries to do: 1. Pay their executives exorbitant salaries, 2. Wield massive political power in Washington DC, and 3. Occasionally help out a few senior citizens.

So, I don’t particularly mind all the email messages, because some of them can be rather entertaining. For example, a recent email message offered advice about guaranteeing a financially secure retirement. In a nutshell, the article said the best thing to do is go back in time to age 25 and get a job with the Federal Government. Then at age 60, cha-ching!! Lifetime pension!

Other emails offered advice about changing to a healthy diet and starting a proper exercise program. Given the current level of self-discipline in America, I think it’s more realistic to go back in time to age 25. 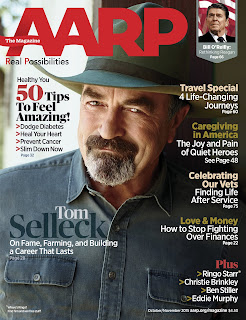 Over all, the glut of AARP emails doesn’t bother me — that is, until today. This morning I received an email with this title: “8 Surprising Things That Increase the Chances of a Stroke.”

At first, I was expecting a genuine surprise. But when I read the article, I didn’t see any mention that broccoli or jogging or being skinny causes a stroke. That certainly would’ve surprised (and delighted) me.

As it turns out, some of the eight things were in the category of, “Duh, everyone knows that.” While the remaining things were, “OK, I never thought about that, but it makes sense.” There were absolutely no surprises on the list.

Here are the eight things that increase the risk of having a stroke: Not enough sleep. Bad oral hygiene. Irregular heartbeat. Binge drinking. Prolonged antibiotic use. Having the flu. Too much sitting. Too much red meat.

Too much sitting, red meat diet, and binge drinking? C’mon, everyone knows those things are bad for your health, even those of us who have a gift for denial. 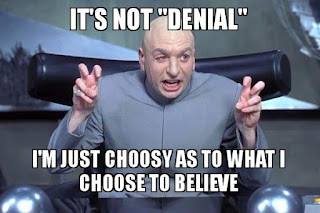 The only thing surprising about the AARP article was that it didn’t mention other unhealthy behaviors such as: smoking, taking heroin, or wearing a MAGA hat in Portland, Oregon.

The reason this article really bothered me is because my greatest health fear is having a stroke. Obviously, there are a lot of bad things that can happen healthwise when you reach the AARP age range. And certainly I’m not looking forward to having a heart attack or getting cancer or being eaten by an alligator while playing golf in Florida. But when I ponder those things, I just shrug and think of a line from the movie “Platoon”: “Everybody gotta die sometime, Red.”

However, when I ponder having a stoke, ugh, that just makes me cringe. That’s my worst fear. I realize mentioning that out loud does two things: first, it offends people who have had stokes and are struggling to recover — and to those folks I sincerely apologize.

Second, saying out loud that a stoke is my worst fear is tempting fate. Now, I’m not a superstitious guy, but part of me thinks, “Don’t jinx yourself by admitting it, pal.” Well, too late. I already mentioned it. 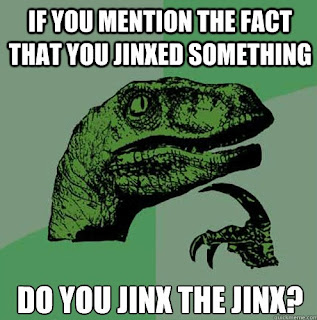 I should stop dwelling on this topic. Sitting on the couch for the rest of the day with a plate of bacon and a bottle of vodka should take my mind off of it.