Why Aren’t We More Grateful?

I have a big complaint, and here it is: people complain way too much nowadays. You must know a person who complains incessantly—probably more than one person. You may even be an incessant complainer yourself. I’m pretty certain I am, but I’m not quite sure what incessant means. And I have a complaint about people who use big words like that just to show off. Who do they think they are, anyway?!

Oh wait, sorry. I can slip into complaint mode very easily these days.

I think the problem is that we’ve lost our sense of gratitude. We seem to ignore all the wonderful God-given blessings in our lives and instead we focus on the negative things, which are usually quite minor. 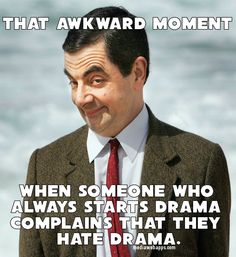 Our modern culture really needs an attitude adjustment. What we need to do is imagine that instead of living in the year 2019, it is actually the year 1819.

Exactly 200 years ago, James Monroe was the president, there were 21 states in the Union, and most people lived an agrarian life. (Again, Mr. Big Shot with the fancy words! Agrarian means “of the land,” that is, they were farmers who grew their own crops, and rarely drove their SUVs to the local Stop & Shop supermarket to buy exotic food from all over the world and pay with their debit cards.)

Back in 1819, people routinely died in their 30s and 40s, often from infection, cholera, farm accidents, etc. If someone lived into their 50s or 60s, they were considered very elderly. Most families had at least one or two children who died before age five. And a significant number of women died during childbirth.

So, what we need to do today is imagine what a typical day would be like if it were the year 1819. First, we rise at sun-up from our comfy mattress, which is stuffed with things like straw and corn stalks. Then we decide which shoes to put on—a fairly simple decision since we only own one pair of shoes—and go outside to use the outhouse. Then we draw some water from the well with a bucket, and bring it inside to the kitchen. 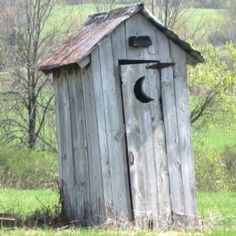 A little while later we get dressed for the day, another simple decision because we only own two sets of clothing: a Sunday outfit and a “rest of the week” outfit. After a delightful breakfast of possum sausage and corn meal fried in a pan of lard, it’s time to do our chores. The chores are grueling and pretty much non-stop from 6 a.m. until 7 p.m.

Finally, sundown arrives, and we light a flickering candle or oil lamp so we can (barely) see inside the house. We spend the evening doing one of three things: sit by the flickering light and read the Bible, sharpen the tip of a goose feather and write a letter, or go to bed. Watching Netflix on an iPad is not an option.

Speaking of writing a letter, communication in 1819 was rather interesting. After scratching down our thoughts on parchment with the aforementioned quill pen, we wait a few days until we can give the letter to a postal worker, and then confidently know that the letter will be delivered to the correct recipient within no more than seven weeks.

Of course, if the letter is being sent from, say, Connecticut to Ohio, and if the message in the letter is something like, “Grandpa is very sick. Hurry home before it’s too late,” then most likely it is, in fact, too late.

Please try this exercise. Every time you do something during a typical day that was not possible in 1819, offer up a quick prayer of thanksgiving to God. Am I saying that every time we, for example, flush the toilet, we should thank God? Yes, that’s exactly what I’m saying. 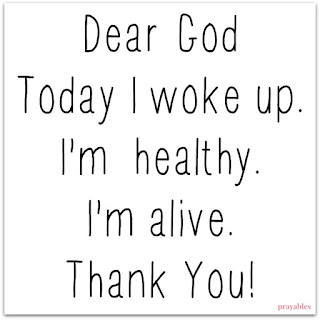 When we become more grateful and less complaining, we’ll be amazed at how much more we enjoy life. Now if I can just get my wife to whip up a batch of possum sausage and corn meal. Mmm, boy, that sound good!