The Making of a Young Atheist

Recently, some friends were surprised to learn that I used to be an atheist. “How can you NOT believe in God?!” one friend exclaimed.

“Easy,” I replied. “Especially nowadays, when skepticism is so trendy. It’s cool to look down your nose at religious people. And back in the day, I was convinced there was no God and I was convinced I was cool.” (Turns out I was wrong on both counts. Although in my defense, I’m pretty sure I was cool for a full 20 minutes one time back in 1975.) 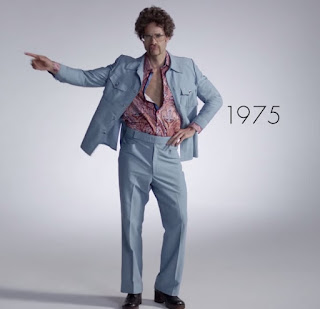 Thinking back to those days, there was one moment that really convinced me that atheism was true. It was during biology class when I was a freshman in high school. While teaching the Theory of Evolution (although I don’t remember ever hearing the word “theory”; it was taught as a definite fact), my teacher made this statement: “If you could somehow go back in time to the very beginning and let everything play out again, you would never get human beings. The odds of life forming on this planet are so remote, it would never happen a second time.”

In that biology class, I was taught that everything in the universe is nothing more than matter plus energy, shaped by blind, random chance. After billions and billions of years, biological life just happened to form on planet Earth, and for millions of years, living organisms have been mutating and adapting and changing—all randomly, of course—to the point where we now have this vast diversity of life.

The key concept is randomness. Imagine taking a pair of dice and rolling them a thousand times and keeping track of what numbers appear. If you then roll the dice a second thousand times, you will never get the exact same pattern of numbers. It’s random. 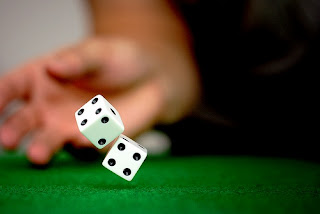 My most favorite class in school was “Probability and Statistics.” (Which is why I never play the Lottery. I understand that state-run lotteries and scratch-off tickets are nothing more than an extra tax on people who did poorly in math class.)

Back in high school I totally grasped the concept of randomness, so I knew exactly what my biology teacher was saying. The existence of life on earth was the result of a cosmic crap shoot. It occurred randomly, against very high odds, and if we somehow could “play the game” a second time, biological life would never, ever occur again.

As a smart-aleck 14-year-old, I was already pretty skeptical of the stories I had been taught in Catechism classes at church. But after my biology teacher’s proclamation, I joyfully dismissed my remaining religious notions. I’m pretty sure I did not use the term atheist, but that’s what I had become.

The things I was taught in those Catechism classes—that a supernatural Being called God had designed and created life on earth, and that life had a purpose—were now complete foolishness in my mind. The words “design,” “create,” and “purpose” are not compatible with the concept of randomness. So, I became convinced religious stories were nothing but mythology, invented by scientifically illiterate people who did not know the truth about the origins of life. It would be another 14 years before I revisited this topic and discovered some gaping holes in my logic. 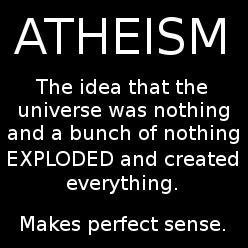 Ironically, my high school biology teacher was a parishioner in the neighboring town who went to Mass every Sunday. I have no idea if he’s still alive all these years later, but I’d love to ask him how he was able to reconcile what he taught in the classroom with what was proclaimed at Mass.

Next week I’ll tell you the story of how I lost my faith in atheism. Again, probability and statistics are key. Except this time, I ran the numbers correctly.