Blinded by the Night

I was driving home with my wife recently, and since it’s getting dark noticeably earlier these days, dusk settled in when we were still about 30 minutes away. Suddenly, I said to my wife, “Hey where did the road go? I can’t see anything!”

That’s when it hit me — a thought, I mean, not another car — that I finally had turned into my parents. For decades I would shake my head in disbelief whenever my parents announced they had to leave a party because, and I quote, “We have to get home before it gets dark!”

Whenever they said that, my brothers and I would make smart-aleck comments, such as, “What? Will your car turn into a pumpkin?” “Are your headlights broken, or something?”, and, “Oh, you’re just saying that cuz this party is boring!”

My parents’ “We have to leave” proclamation was especially awkward during Christmas gatherings. Because it gets dark so early in late December, occasionally they would make their “gotta go” announcement before we even sat down for lunch. My dad would say, “Sorry, but sunset is at 4:30 today, which means we really should be home by 4. And it takes 45 minutes to drive home from here, so factoring in some unexpected delays, we should get going no later than, um, 1:30.” (Hey, what can I say? He was a cautious fella.)

Anyway, after all this time, I’m now doing the exact same thing. After noticing earlier this year that the road indeed becomes invisible after sunset, I now make travel plans only after consulting a daily sunrise/sunset chart.

Last month we were visiting one of our daughters in Massachusetts, and when it got to be mid-afternoon, I said to my wife, “OK, sunset is at 7:45 today, which means we really should be home by 7:15. And it takes an hour and a half to drive home from here, so factoring in some unexpected delays, we should get going no later than, um, noon.” (Hey, what can I say? I inherited the cautious gene.) 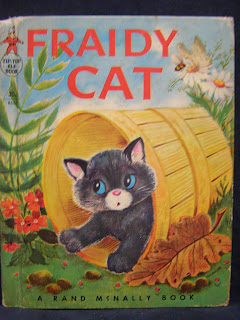 When my wife pointed out that it was already after 3 p.m., I threw up my hands in despair and said, “Oh no, that means we’re gonna hafta spend the night here!”

(By the way, my son-in-law is from Italy, and it’s rather interesting trying to explain to him that the phrase “gonna hafta” actually contains four words. It’s almost as challenging as trying to explain “woulda, coulda, shoulda.”)

I did an online search about elderly night vision, and one article said: “The aging corneas and lens in the eyes become less clear as we age, causing light to scatter inside the eyes, which increases glare. These changes also reduce contrast sensitivity — the ability to discern subtle differences in brightness — making it harder to see objects on the roadway at night.”

Well, that explains why I’ve recently noticed that when I’m driving at night, the headlights of an oncoming car affect me just like that moment during an eye exam when the doctor shines a flashlight directly into my eyeball from about 1 inch away, which occasionally causes beams of light to shoot out of my ears. 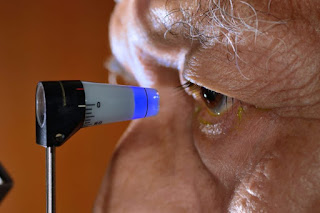 So, when I’m driving at night, I get blinded by oncoming traffic, as the bright light scatters and glares through my rapidly disintegrating corneas and lenses (and occasionally shoots out of my ears). And then when the car passes and there is no oncoming traffic, it seems like I’m suddenly driving through a coal mine with two pairs of sunglasses on. But other than that, driving at night is no problem.

Just to be safe, however, I’m still leaving at noon, no matter how many smart-aleck comments my kids make.