Nah, me neither. But I did have something happen recently that was pretty weird and kind of along those lines. 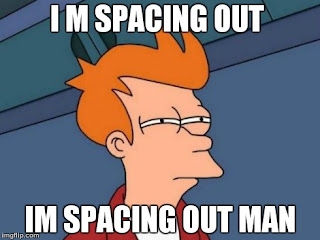 By the way, if you noticed a clean, gray Chevy Equinox a month ago driving along East Main Street with a low-pressure system causing fog and rain showers — inside the car — that was me.

One morning my car was more yellow than gray because of all the pine tree pollen blowing through the air. So, I visited one of those automatic car washes. As my car rolled into place, with the left front tire firmly settled into that thingamajig (car wash industry technical term: “doohickey”), I did what I always do just before the wash cycle begins: I checked to make sure all the windows were rolled up tightly by hitting the four power window buttons.

Then as the car wash machinery started up, I began to daydream. I thought to myself: I wonder what would happen if I was stupid enough to leave one of the windows open? I wonder how soon I would notice it? I wonder how quickly I would figure out what was wrong and hit the correct button to close the open window? I wonder how much water would get inside the car before I got the window closed?

Then I had this thought: Well, that certainly won’t happen now because I’ve just been thinking about it happening. A moment later, the back of my head and neck got soaked as a rush of water burst into the car through the back left window, which was open about three inches. 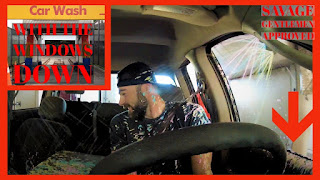 So here are the answers, in order, to the questions I pondered: The inside of the car would get wet, very wet. I would notice it right away, as getting the back of one’s head and neck unexpectedly soaked is a fairly effective method for getting one’s attention. I would figure out what was wrong quite quickly and hit the correct button to close the open window in less than two seconds, although at the time it seemed like at least 45 seconds. And finally, it would be hard to determine the exact volume of water — as it was all over the seats and the carpeting and a now drenched stack of marketing literature — but it definitely would be closer to gallons than ounces.

I still don’t know how the window was left open. Maybe I checked the front window buttons twice and not the back windows at all. 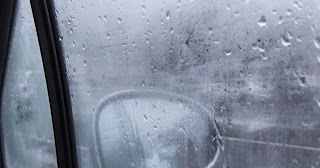 I drove home carefully since fog was beginning to form on the inside of the car windows. I began to daydream again: What if this fog causes me to drive through a red light and smash up the car? What if — Oh no, don’t go there! Think of something else, pal!

So, I quickly started to think about a scenario that cannot and will not happen: What if I win the Lottery and buy a fleet of cars and hire other people, with a lot more brains than I have, to wash them?
Posted by Bill Dunn at 5:45 AM