Is He Obsessed with Old Age?

Recently, a friend said to me, “Hey Bill, for the last two years, every single one of your columns has discussed the fact that you are getting old. Why are you obsessed with that topic?”

Now, obviously that is a ridiculous exaggeration. Every single one of my columns during the past two years has NOT discussed the fact that I’m getting old. I looked through my archives, and in the third week of April, 2018, I wrote a column that had nothing to do with getting old. So there! Nyahh nyahh! (I may be getting old, but I’m certainly not getting mature.) 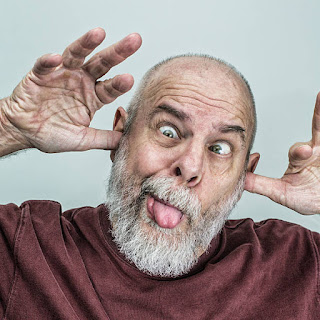 Well, it might be true that I have written a lot of columns recently about the aging process. But there is a very good reason for that: once you become a senior citizen, that is ALL you think about.

Every activity throughout the day is viewed through the lens of geezerhood. For example, if you are planning to drive somewhere, the most important thing to figure out — even more important than your actual destination — is where you can stop along the way for bathroom breaks. You also calculate if any of the driving will take place at night, and if so, you immediately cancel the trip.

If you are about to eat something, you first ponder whether the food will aggravate your current gastrointestinal issue(s). Sometimes you come to the end of an extravagant buffet line with just a bowl of chicken soup and some Saltines on your tray. All the other foods are way too risky.

If you’re about to do a chore or project around the house, you first ask yourself, “Will lifting this object reinjure my back and/or knee?” Your next thought is, “Who do I know that’s young and healthy — that is, age 50 or less — who I can pay to do this for me?” 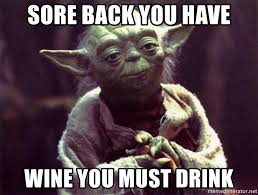 If the chore or project does not involve heavy lifting (“heavy” being described as anything over 10 pounds), but instead requires exceptional fingertip dexterity, such as changing a watch battery, you ask, “If I put on two pairs of reading glasses, will I be able to see the tiny numbers on the back of that button battery?” Even if the answer is yes, you still wonder, “But will my arthritic fingers be able to work that teeny screwdriver?” At that point, you usually say, “Ahh, forget it. It’s easier to go buy a new watch.”

Even while sitting on the couch watching a ball game, age becomes a factor. Senior citizen sports fans will say something like, “If you think that guy’s good, you should’ve seen Roberto Clemente.” And if a younger person in the room says, “Clemente? Is he that new hip-hop singer?” the immediate reply is, “Get out of my house. Now!”

Many times before doing an activity, the question we seniors ask ourselves is, “OK, if I do this, which of my ‘ologists’ will I likely have to see?” 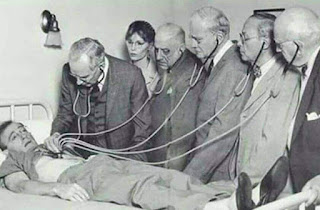 So, as you can see, it’s not that I’m “obsessed” with senior citizenhood and therefore compelled to write about it constantly. It’s just that the topics of my essays usually are about what’s going on in my life, and now that I’m a senior, the reality of the aging process impacts every aspect of my existence, and so what happens simply is this: I’m compelled to write about it constantly.

Just to prove that I don’t always write about this topic, next week I’ll discuss something completely different: the Social Security system and retirement planning.