Have you noticed that the broadcast news media is obsessed with sound bites? Nowadays almost every news report includes a quick comment from someone involved in the story. However, these sound bites rarely offer any insight, except the insight that the reporter had 15 seconds to fill and decided to fill that time with a useless quotation. There are three primary categories of useless sound bites:

Moronic Statements. Just because someone agrees to speak “on camera” does not automatically mean that person has anything worth saying. For example, a while back I heard a radio news report about mudslides and floods that were ravaging parts of California. After explaining that the weather forecast called for at least 6 more inches of rain during the next 24 hours, the reporter played a sound bite from an area resident. 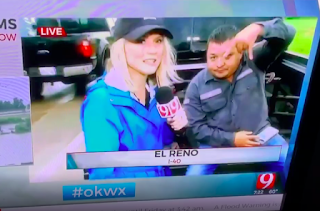 However, it wasn’t just any area resident, for example, a person worried that his house was about to be washed away. No, the reporter chose to broadcast the thoughts — and I use that word very loosely — of a teenage boy with the IQ of broccoli. Young broccoli boy declared over an entire radio news network: “This is cool! I’ve never seen a flood before!”

Apparently if you have the IQ of broccoli you not only can be featured on a network news report, you also can get a job as a broadcast news reporter. Which leads us to the next category…

Moronic Questions by the Reporter. Here’s the scenario: something terrible has occurred — a child is missing or a home has burned to the ground. A distraught victim, possibly the mother of the kidnapped girl or the man whose house was destroyed, is accosted by a TV camera crew. The reporter shoves a microphone in the person’s face and asks the million-dollar question: “How do you feel right now?”

I don’t expect distraught people to be able to think quickly on their feet, but I’m hoping one day the person will reply, “How do I feel? I feel that’s the stupidest question I’ve ever heard. Here’s a question for you: how do YOU feel now that I’ve shoved your microphone completely inside your left nostril?” 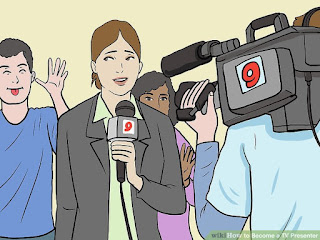 A Word from Mom. Whenever someone is arrested for committing a heinous crime, a camera crew always tracks down his mother. No matter how clear it is that her son committed the crime — such as surveillance video showing him smile at the camera before methodically shooting the convenience store clerk — the mother’s sound bite is always the same: “My son didn’t do it! He’s a good boy. The cops set him up!”

Many years ago, there was a horrible event in a city near where I live. A young man who had been convicted of auto theft four times in the past (makes you wonder how many times he stole a car and didn’t get caught) was spotted by cops driving yet another stolen car. The guy took off, drove through a red light at 80 mph, and smashed broadside into another car, instantly killing a husband and wife.

The guy’s mother was quoted as saying, “He’s a good person. He has a good heart.” I guess you could say his heart is “good,” in the sense that it’s still beating, which cannot be said for the hearts of the two innocent people he killed. 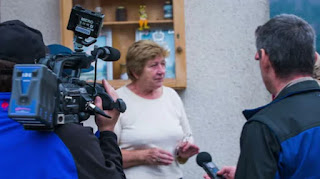 We really don’t need to hear from the mothers of criminals, nor do we need to hear from most of the other people featured on news story sound bites. Hey, I have a crazy idea: why don’t the broadcast news folks just give us the facts about a story and leave the emotional nonsense to the celebrity gossip programs?
Posted by Bill Dunn at 5:52 AM